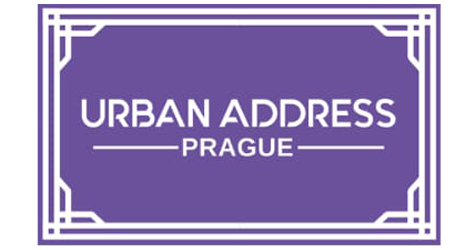 3 Hip Neighbourhoods in Prague you need to know about

3 Hip Neighborhoods in Prague you need to know about

When it comes to Prague’s neighborhoods, everyone dreams to live in the historical part of the city or at the notoriously known Vinohrady, the first quarter going through substantial development after the velvet revolution.

However there are many other neighborhoods in Prague that are ranked as the top place to live in the city that are not as well known. To say that some of these neighborhoods were not a desirable area to live 20 years ago, would be an understatement. However, these places in the past 15 years were gentrified and became a hip place to live, with property prices climbing up fast.

Here are 3 amazing quarters to live;

Letná, Prague 7
The Letná quarter is a sought-after, well maintained place to live, attracting young families and young people from the upper middle class. It is located right next to Prague 6, across the river from the busy historical center, nestled in between two parks, the Letná park and the Stromovka. Stromovka is one of the biggest Prague’s green areas stretching all the way to the worldwide famous Prague ZOO. In the Letná park, you can admire the views of the historical center or have a beer in Prague’s nicest beer garden. There are also many shows and festivals taking place throughout the year.
Letná is known for its relative affluence, a Bohemian feel with lots of art-related places, many trendy cafes and restaurants and a number of local shops. Letná is well connected by tram’s network and you can be in the center in less than 10minute, or you can easily walk there.

Holešovice, Prague 7
Holešovice is a recently gentrified, diverse district of Prague. It is located on the left bank of the Vltava river, further back from the center, neighboring with Letná quarter and Stromovka park. Holešovice was formerly a manufacturing center and trading area: the city slaughterhouses, markets, a brewery, factories, and a busy cargo port. Nowadays, however, the majority of these industrial buildings no longer serve their original purpose; many have been reconstructed or adapted and have found second lives as apartment buildings, office complexes, restaurants and studios for young artists. As the real estate prices are still very competitive here, it became a very trendy and attractive place to live for young people and students. It is very well connected by public transport – metro, trams and busses.
If you are thinking about buying property in Prague, Holešovice is the place you should consider! A wonderful area that is well connected by both metro and tram line straight into the city center.

Karlín, Prague 8
Karlín has become one of the best neighborhood to live in Prague for young people and families and it was named by Time Out as the 38th best neighborhood in the world to live. Karlín has been completely renovated and gentrified after the devastating events of 2002, when the whole neighborhood, situated right on the riverbank, had been totally destroyed by the 100 years flood. Residential buildings had been renovated and new office blocks and residential projects sprouted all around. Today, Karlín is a leafy, fashionable neighborhood, full of trendy restaurants, cafes, wine shops & delicatessen, inhabited by an active community of young people and young families. In its streets, there are many events and festivals taking places throughout the year. It’s easy to walk to the city center or reach it by metro or one of the trams in about 10 minutes.

About Us
Our Services
FAQ’s
Our Blog
Contact Us

LET US HELP YOU!